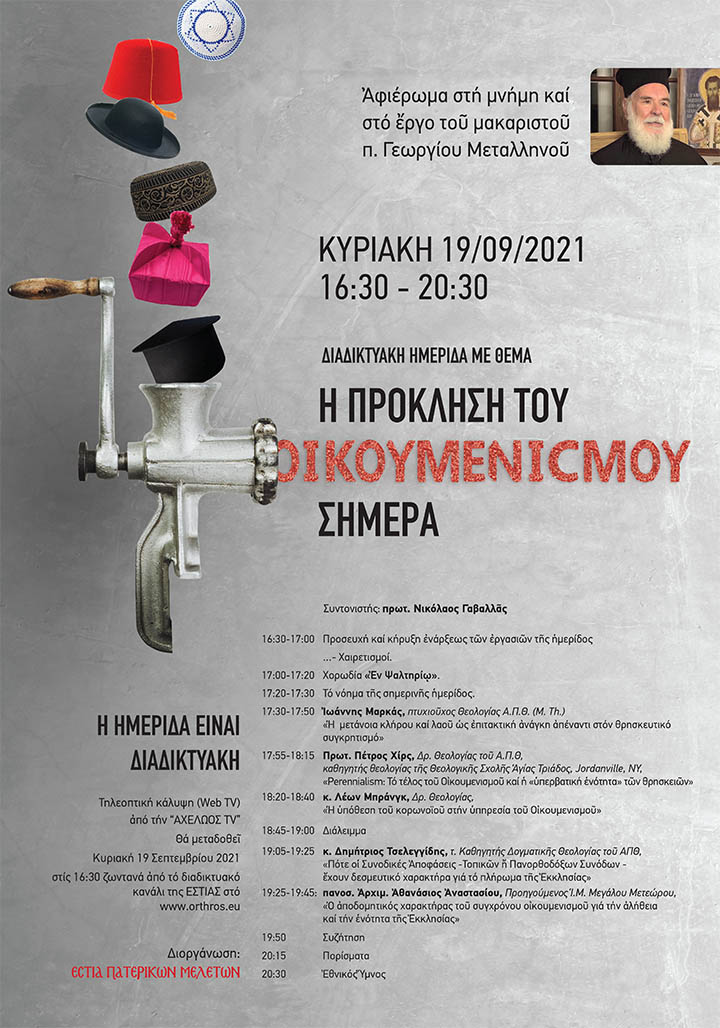 The Center of Patristic Studies (“Hestia Paterikon Meleton”) has held an on-line conference
on September 19th, 2021 on the subject of:

“The challenge of Ecumenism today”.

The conference was dedicated to the late Father Georgios Metallinos, a venerable keeper of the firm orthodox spirit, a formidable disputant of Ecumenism.

The conclusions of the aforementioned conference are summarized as follows:

The modern Ecumenical movement begun in early 20th century by specific individuals of the Ecumenical Patriarchate. Ecumenism was gradually imposed upon the orthodox world based on social and political criteria, through premeditated authoritarian procedures. Ecumenism is the resultant of all heresies, as it infringes holistically the orthodox faith, without seemingly disputing it; eroding orthodox Ecclesiology, Salvationology and Christology, promoting a mutated “Christ”, the god of the New Age.

For more than a hundred years, Ecumenism acts as a catalyst and has worked systematically against the Orthodox faith and, like a Lernaean Hydra, grows new “heads” of misbeliefs and heresies. All the traitorous and orchestrated methods of the Ecumenists have only one goal: the deconstruction of the Spiritual Holy unity of the Church, the imposition of a First with no other equals – in total opposition to the canonical Paradosis (tradition) of the Church (the Primusinterpares) – the recognition of ecclesiastical (reverence) status of the heretics, and finally, the imposition of a fake unity which aims to “the unification of all the churches”, ultimately the Pan-religion of the New Age.

Introduction: The Devil’s Dichotomies and Their End

A tried and constant tactic of the enemy of mankind’s salvation in Christ is to limit man’s choices to two options, which are seemingly opposed, and to block from view any other possibility, or rule it out as impractical or untenable. For example, one is either rational or irrational, supra-rational not being an option. Or, one must be either blindly obedient or self-willed and rebellious, true obedience being rejected. Or, on a larger scale, to the Africans he presents a terrifying black magic and then for escape a “good” white magic. Or, for the impoverished masses, the greed of capitalism is countered and corrected by the “equality” and “fraternity” of communism. Or, for those who suffered under the authoritarian rule of papal Protestantism there is the self-rule and individualism of reformed Protestantism. And one could go on and list many other such false dichotomies in which both options are the enemy’s inspiration. Even today, with our current “Covid crisis,” the accepted narrative states that the only solution to a deadly virus is an experimental and potentially more deadly “vaccine” — early treatment with existing medicines being largely ignored. 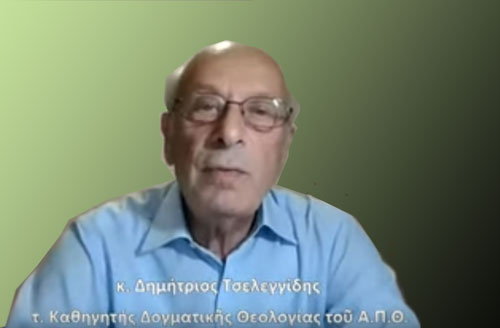